Ever wondered about the journey of the most enticing KFC chicken that tempts us with fetishes of planning the next visit? The world’s most popular American chicken chain has its antecedents in Kentucky and could be traced back to the period of the Great Depression.

The “Kentucky Fried Chicken” Corporation based in Louisville, Kentucky was founded by Colonel Harland Sanders, an entrepreneur who began the venture by selling fried chicken from his roadside restaurant in Corbin, Kentucky. Later he got inspired by the restaurant franchising concept and it led to the opening of the first KFC franchise in Utah in 1952.

KFC brought stiff competition to the fast-food industry establishing the dominance of chicken over popular products like hamburger meanwhile contributing to diversifying the industry. Harland became famous with his brand name “Colonel Sanders” and the first chicken restaurant franchise started growing the stairs of success. But with ageing and the expanding chain, Sanders had to sell the venture to a group of investors led by John Y. Brown Jr. and Jack C. Massey in 1964. Nevertheless, the advertising still uses his image widely for its popularity. 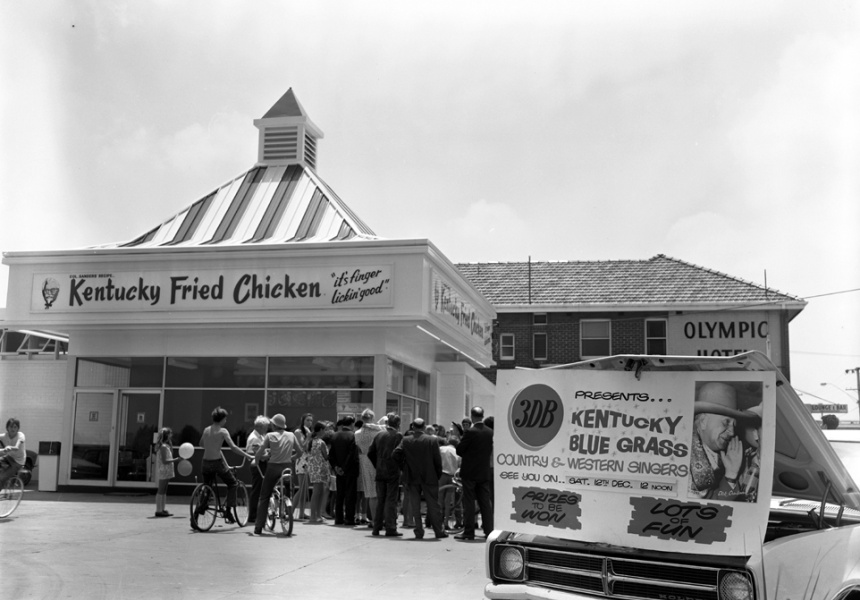 The expansions started overseas right after the transmission and during the 1960s outlets were opened in Canada, United Kingdom, Mexico and Jamaica. In the following decades of the 1970s and 1980s, it struggled to make itself known in the new zones and gain acceptance along with finding widespread popularity. Sanders sold the chain off to the spirits distributor Heubliein. Later it was eventually taken over by R.J Reynolds food and tobacco conglomerate and finally after a series of shifts the corporation is currently under the supervision of Yum! Brands. 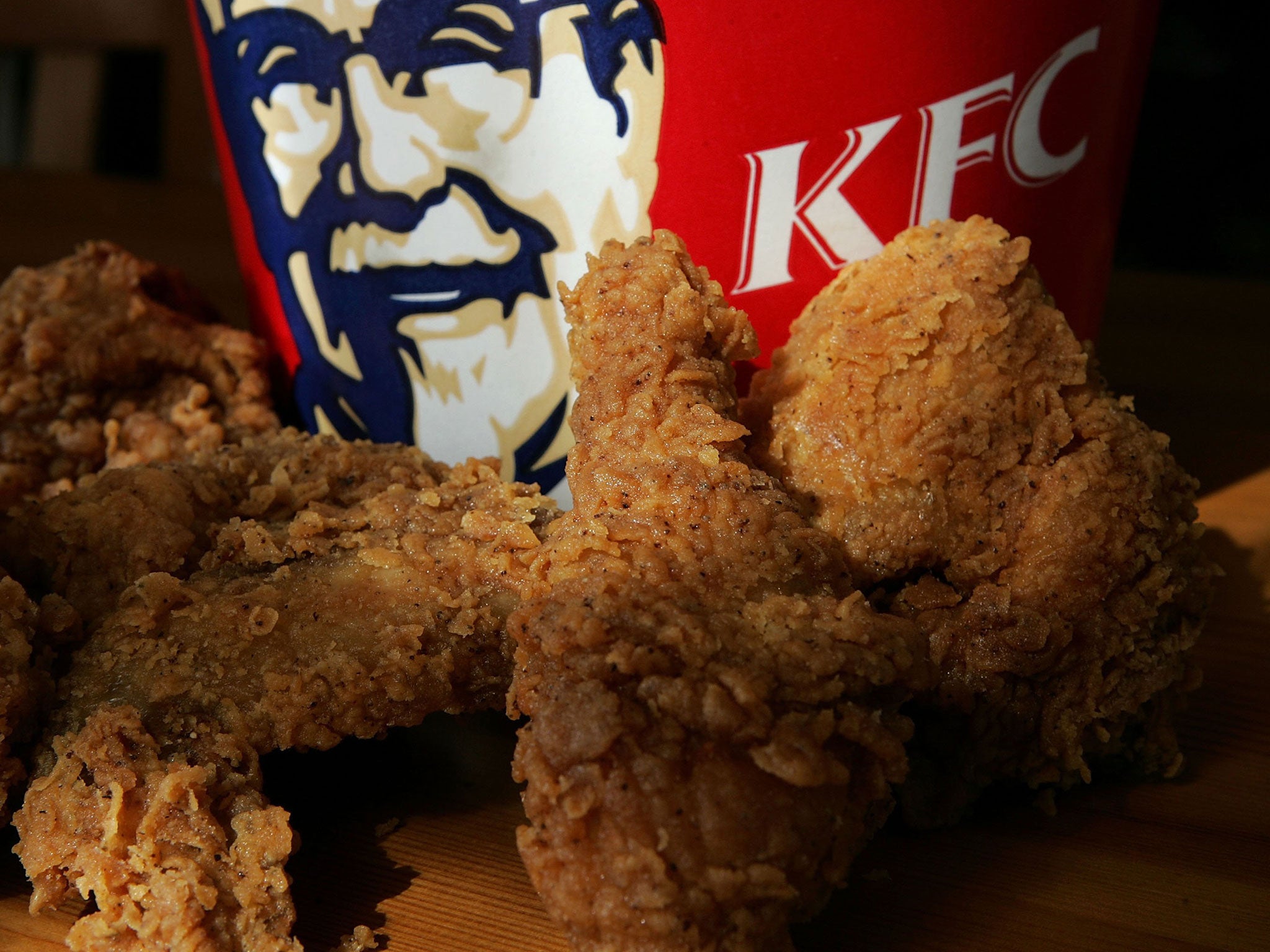 KFC began its journey with its special pressure-fried chicken pieces, seasoned with Sanders’ recipe of 11 herbs and spices. The ingredients included in the recipe are a trade secret. The franchise chain is also home to a range of other delicacies along with the core product of fried chicken in card box buckets which people have come to love so much. Sanders had to put his innovative mind to work to reduce the thirty-five minutes duration it took to cook the fried chicken in an iron pan initially. He was reluctant to deep fry the chicken which would have meant abasement of quality quite to his distaste. Right after the first pressure cookers came to the market in 1939; Sanders modified it into a pressure fryer and used it to fry chicken. This helped reduce the production timing and helped retain the quality of pan fried chicken.

Currently, the Corporation has the signature product of fried chicken as its highlight which is made using the original recipe of Colonel Harland Sanders constituting 11 herbs and spices. The product is available in different and could be mostly found in these categories across the world: 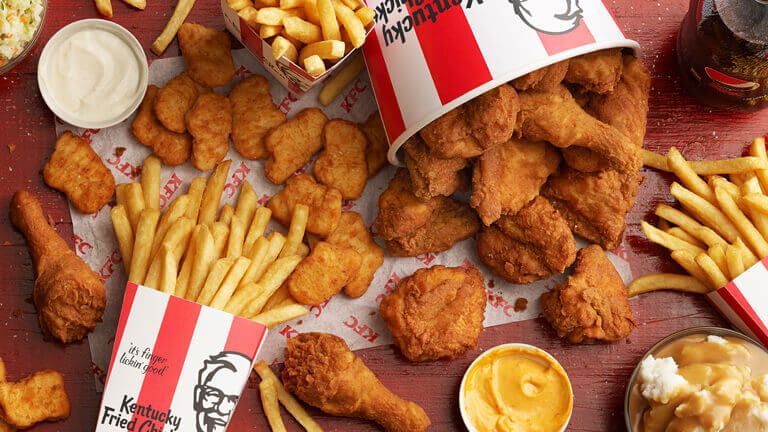 Along with its specialization in chicken, the franchisee has also become the go to point for snacks like French fries, coleslaw, barbecue baked beans, corn on the cob, mashed potato, bread rolls and American biscuits. Bean salad, Caesar salad and garden salad are some of the favourites.

The KFC Corporation (KFCLLC) operates a chain of dine-in and take out fast foods specializing in fried chicken.

To run a KFC franchisee in India, the following licenses are provided:

After Colonel Sanders sold off the company, advertising played a significant role in widening the outreach. Slogans like “North America’s Hospitality Dish”, “We fix Sunday dinner seven nights a week”, “finger lickin’ good” gained widespread popularity across different countries. To manage the campaigns the first advertising agency Leo Burnett was hired. In one of the campaigns by Brunett, with the theme “Get a bucket of chicken, have a barrel of fun” to everyone’s delight, Barry Manilow performed.

Fast forward to 2020, KFC announced its first KFConsole which would be a new gaming console with a “Chicken Chamber” to keep food warm.

Right from the days of Colonel Sanders to this date, KFC remains the go to place for the best fried chicken and have a “finger licking good” experience.